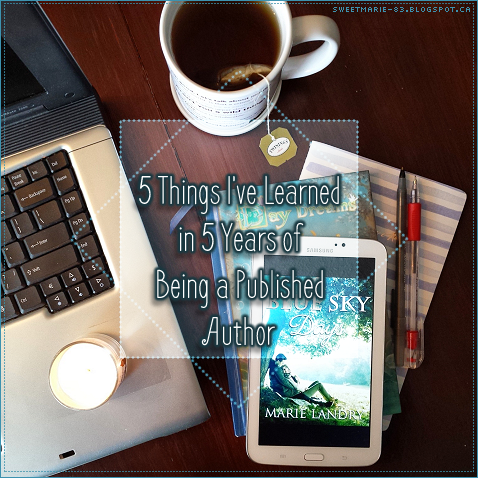 Five years ago this week, I published my debut novel, Blue Sky Days. In the five years since, I’ve met so many incredible people, from fellow authors to bloggers to readers - sometimes even people who are all three. I’ve been very fortunate to make great friends, learn a lot, and grow as a person and as a writer. I’ve published several other books in the last five years, learning something new with each release.


Today I wanted to share five of the things I’ve learned in the last five years since I became a published author.

Those are five of the many things I've learned in the last five years. I hope some of you have found this useful.


I'd like to sincerely thank the people who have supported me through this journey. It means the world to have such wonderful people in my life, encouraging me and cheering me on. Thank you to every person who has read one or more of my books and left a review or messaged me privately. Thank you to the bloggers who have spread the word about my books over the years. The time and energy you put into your posts is incredible, and it's greatly appreciated.


Last year was a quiet writing year for me, but I have a lot of things planned for 2017 and beyond. I hope you'll all stick around! ♥ 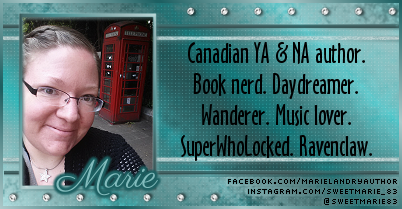 Thanks for visiting Ramblings of a Daydreamer! I love hearing what you have to say, and I appreciate every single comment. I hope to see you here again soon! ♥
~Marie